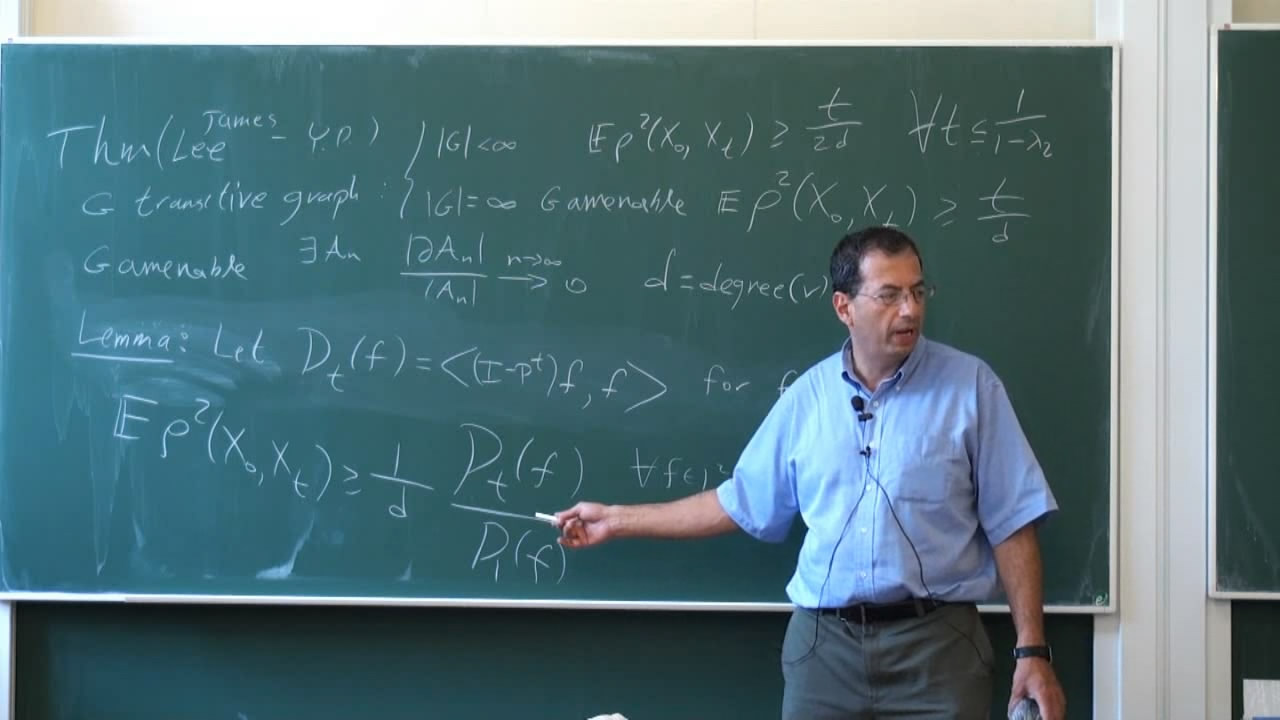 One aim of the course is to describe the close connections, some old and some new, between three basic parameters of a Markov chain: Mixing time, hitting time and cover time. In particular, following classical results of Aldous, recent work ([2] and independently, [3]) shows that mixing time is equivalent to the maximal hitting time of large sets. Another aim is to present some useful methods for analyzing a Markov chain, namely coupling, stationary stopping times, optional stopping for suitable martingales, and the spectrum. Key examples will include random walks on the symmetric group (card shuffling), Glauber dynamics for the Ising model, and lamplighter groups. We will also describe the connection [6] of the cover time to the maximum of the Gaussian Free Field.

Open problems we will explore are: