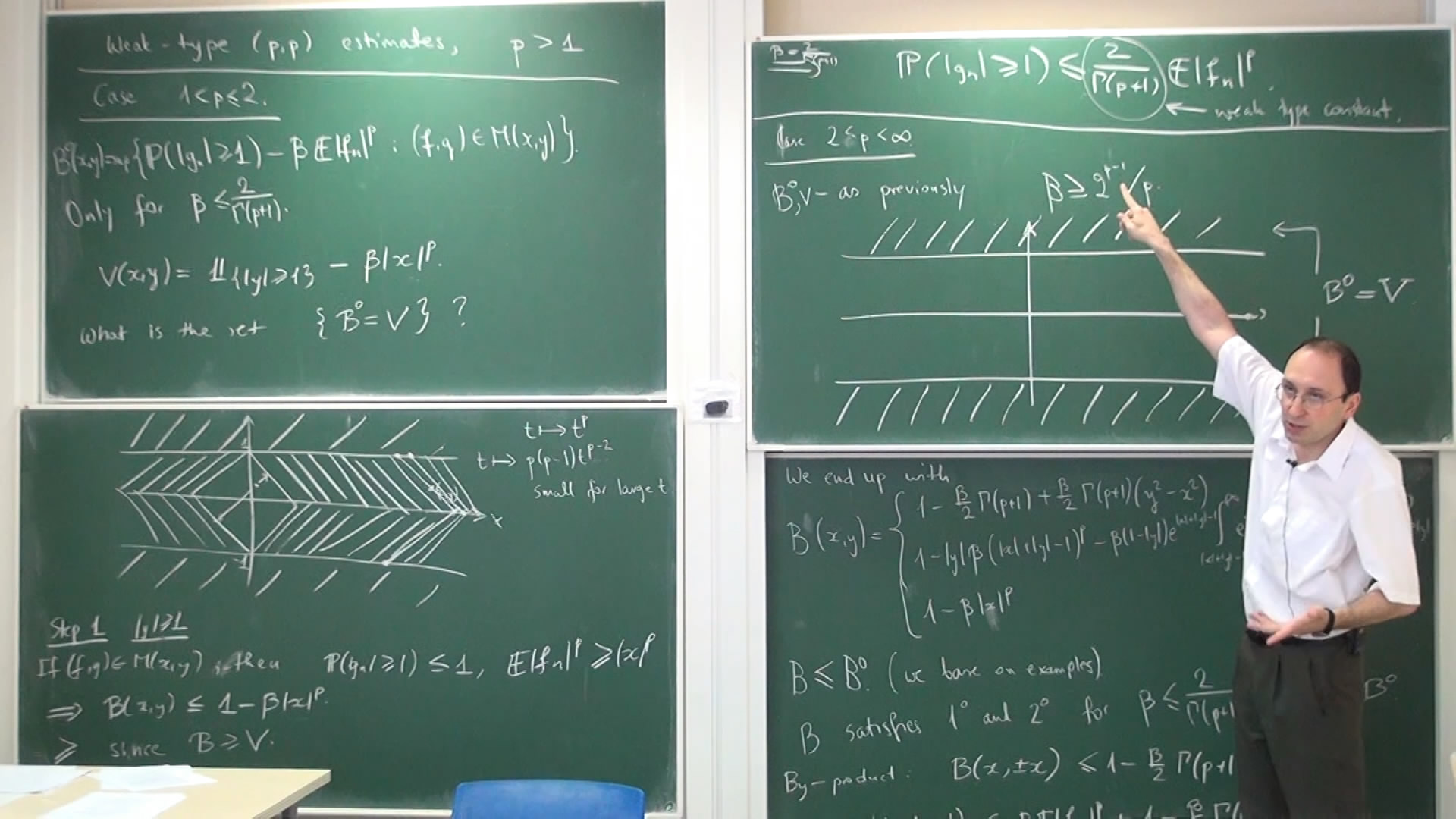 Bellman function method is a powerful tool which enables proving various types of inequalities in harmonic analysis and probability. The technique originates from the theory of stochastic optimal control, and its important connection with other areas of mathematics was firstly observed by Burkholder in the 80’s, during the study of certain sharp inequalities for martingale transforms. Since then, the method has been extended and applied essentially in two directions. The first path is probabilistic: Burkholder’s approach was modified and exploited extensively to investigate numerous estimates for various types of semimartingales. The second path links the technique with important aspects of harmonic analysis. This approach started with the seminal work of Nazarov, Treil and Volberg in the mid-90’s, and has been rapidly developed during the study of various type of problems. These include sharp estimates for Muckenhoupt’s Ap weights, John-Nirenberg and square-function inequalities in BMO spaces, Carlesson embedding theorems, weighted and unweighted bounds for important classes of operators, and many more.

Roughly speaking, Bellman function method relates the validity of a given estimate to the existence of a certain special function, which enjoys appropriate majorization and convexity conditions. This special object carries all the information about the problem: it yields sharp constants, gives the extremal function/sequences, and in many cases it provides some further insight into the structure of the initial estimate. Thus, the whole problem reduces to the discovery of the associated Bellman function, and this is quite a dificult task in general.

The talk will be devoted to the probabilistic aspects of the approach. We will mainly focus on showing how the Bellman function method can be used to establish various estimates for martingale transforms. We will survey several classical results, present some recent progress in this direction and describe in detail some informal, but very helpful arguments, which can be used during the search of the associated special functions.