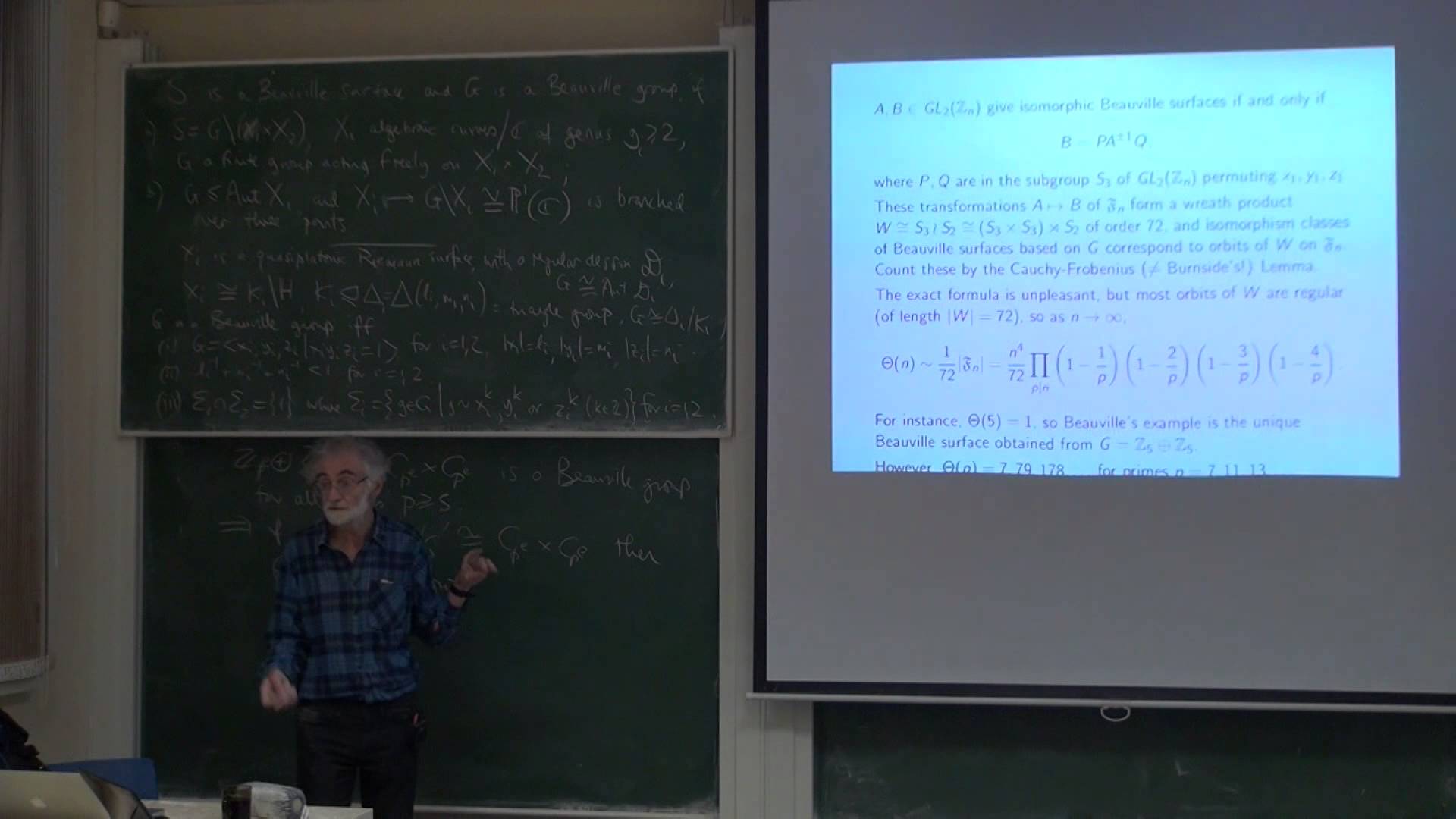 This is a survey of recent progress on Beauville surfaces, an area in which group theory (both nite and innite) has applications in algebraic geometry. Specically, a Beauville surface S is a complex surface (that is, a 2-dimensional projective algebraic variety) which is isogenous to a higher product; this means that S is the quotient of the cartesian product of two quasiplatonic curves (equivalently, two regular dessins) of genus at least 2 by some nite group G acting freely on the product. This construction allows properties of nite groups G, and their realisations as quotients of triangle groups, to be applied to the study of the surfaces S.

The following problems are considered. Which groups G (and in particular which abelian or simple groups) can be used in this construction? What can be said about the automorphism group of S? What is the fundamental group of S, and to what extent does it determine S (rigidity)? Belyi's Theorem implies that Beauville surfaces are dened over the eld of algebraic numbers, so how does the absolute Galois group (the automorphism group of this field) act on them?
The lectures is aimed at those who are not necessarily specialists in either algebraic geometry or group theory. Some acquaintance with Grothendieck's theory of dessins d'enfants will be useful, though I will start with a brief summary and some basic examples.