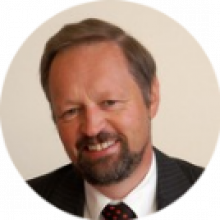 German mathematician, known for his work in algebraic geometry and in particular, his work on moduli spaces. Klaus Hulek studied Mathematics from 1971 at Ludwig Maximilian University of Munich graduating in 1976 with his Diplom. In 1974/75 he studied at the University of Oxford, where he obtained a master's degree. He obtained his doctorate under the supervision of Wolf Barth at Erlangen University in 1979. His thesis was "Stable rank 2 vector bundles on bundles on P2 with odd first Chern class". In 1982/83 he held a Post-doctorate at Brown University and after that he returned to Erlangen as a research scientist, where he completed his habilitation in 1984, gaining the title Privatdozent. From 1985, Hulek was a Professor at Bayreuth University, and in 1990 he moved to Gottfried Wilhelm Leibniz Universität Hannover, where he was also the Vicepresident for Research from 2005 to January 2015.

Hulek is an editor of the journal Mathematische Nachrichten. One of his former doctoral students is Andreas Gathmann.